It Only Takes A Moment / Hello, Dolly!

Look What Happened to Mable / Mack and Mable

All I Care About is Love / Chicago

I Am What I Am / La Cage aux Folles

Before the Parade Passes By / Hello, Dolly!

Christiane Noll received Tony and Drama Desk award nominations and won a Helen Hayes award for her portrayal of Mother in the Kennedy Center Revival of Ragtime.  She starred in the record-breaking First National Tour of Dear Evan Hansen and is currently starring in the same show on Broadway. Other Broadway and National Tour appearances include Elf, Chaplin (Drama Desk Nom.), Urinetown (Ovation Award), The Mambo Kings (pre-Broadway), It Ain’t Nothin’ But The Blues, Jekyll & Hyde (FANY award), Grease, Miss Saigon, and South Pacific (Australia/Thailand). She was featured in NBC’s live broadcast of The Sound of Music starring Carrie Underwood.

She has been a frequent guest soloist as part of Bravo Broadway with symphony orchestras in almost every state in the USA, as well as international appearances with Toronto Symphony, Vancouver Symphony Orchestra, Jerusalem Symphony, Sinfonica Brasileira in Rio, China Philharmonic with concert pianist Lang Lang, and orchestras in Hong Kong, Czech Republic and Kuala Lumpur, Malaysia. She made her Carnegie Hall debut with Skitch Henderson, in his last pops performance with The New York Pops and sang with Steven Reineke in Sondheim! the Birthday Concert at Carnegie Hall. She made her Hollywood Bowl and O2 Arena debut singing with Dame Julie Andrews in Gifts of Music and her opera debut with Placido Domingo in The Merry Widow at the Kennedy Center.  She received critical acclaim for her appearance in City Center Encores! 1776 and The New Moon. Film & TV: Law & Order SVU, Madam Secretary, The Good Fight,  and The King & I (Singing Anna – Warner Brothers Animated Feature). Favorites: Next to Normal (CCC award), October Sky, Follies (STL critics circle award), Snow Child, Closer Than Ever (Off-Broadway Alliance award), Little Shop of Horrors, Mack & Mabel (Conn. Critics Circle Award), The Baker’s Wife, Into The Woods, and Carousel. She has made appearances at Town Hall’s Broadway By the Year, Lincoln Center’s American Songbook Series and multiple evenings at Feinsteins’s 54 Below and Birdland. Solo Recordings: A Broadway Love Story, Live at the West Bank Café, The Ira Gershwin Album, My Personal Property and Gifts – Live at 54 Below.

Sal Viviano has appeared with over 120 Symphony Orchestras in Pops Concerts at major Halls around the World, with current bookings up to 2 years in advance.  A Detroit native, he ‘opened’ for many Comedy Legends, while earning Degrees (on Football Scholarship) from Eastern Illinois University.  On Broadway, Viviano’s credits include:  The Three Muskateers (debut), and roles in the hits Romance / Romance, City of Angels, Falsettos, The Life, and The Full Monty.  Off-Broadway, he’s co-starred in over a dozen more:  Closer Than Ever (Broadway World Award); The Big Time; Golf, The Musical (Backstage Award), Beau Jest; Cather County; Weird Romance; Catch Me If I Fall; Broadway Jukebox;  Joseph Papp’s Hamlet, The Opera….

On Tour, he starred in Evita, Anything Goes!, The Pirates of Penzance, Pippin, Hair, and earned a  Helen Hayes nomination for Sunday In The Park With George.  Recently in NY:  Chicago (Billy Flynn).  On Screen:  Legally Blonde 2, Black Roses, The Jitters, Spike of Bensonhurst, Life With Mikey, TV’s Law and Order, Cosby Mysteries, and Disney’s Out of the Box (VanGogh).

Love from a potion—but will it work? Sung in English. 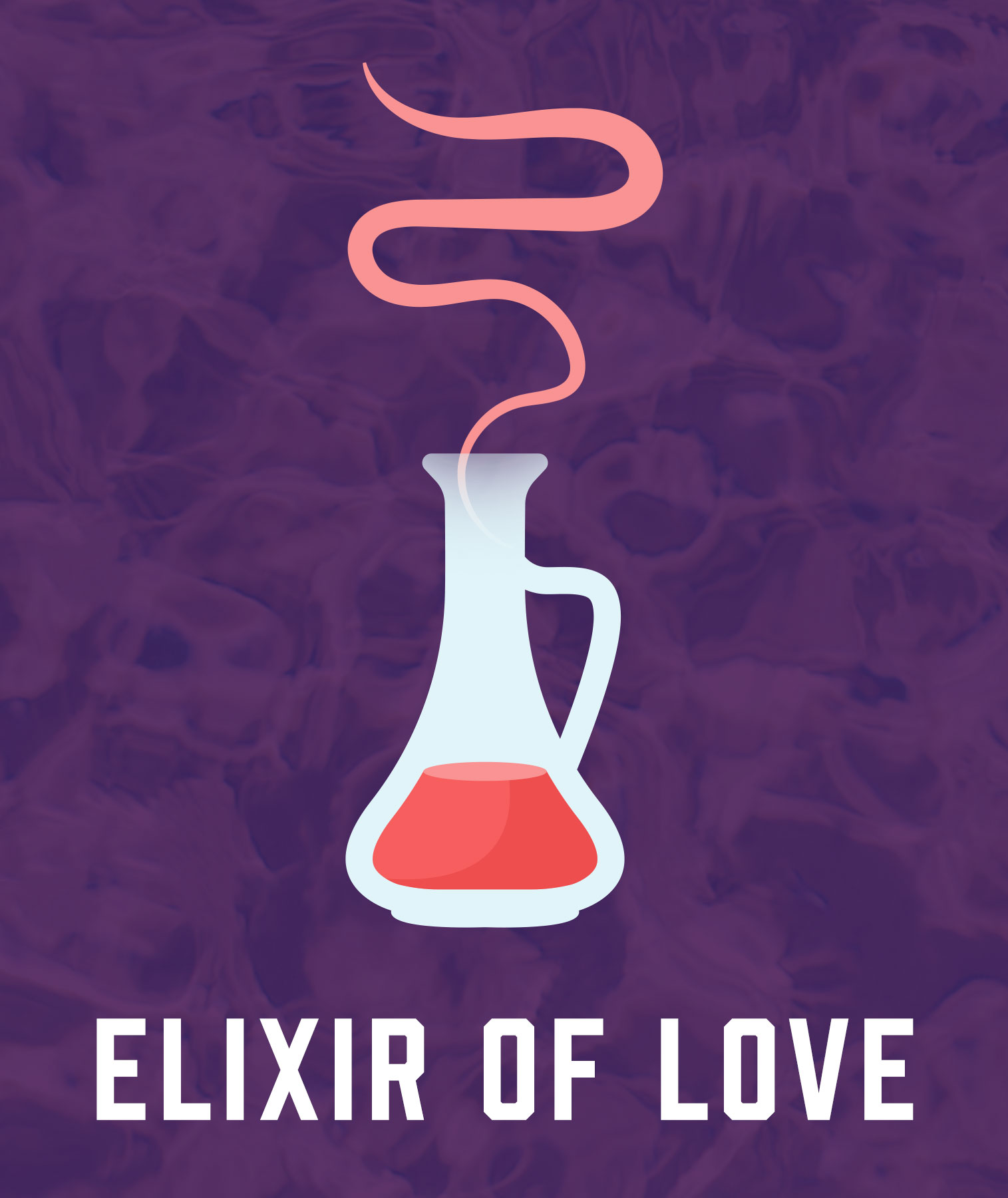