Mahler’s fourth symphony is built around a single song, “Das himmlische Leben” (“The Heavenly Life”). It is prefigured in various ways in the first three movements and sung in its entirety by a solo soprano in the fourth movement. Mahler compared his Fourth Symphony as a whole to a primitive painting with a gold background and described the final movement in particular as follows: “When man, now full of wonder, asks what all this means, the child answers him with the fourth movement: ‘This is Heavenly Life’.” 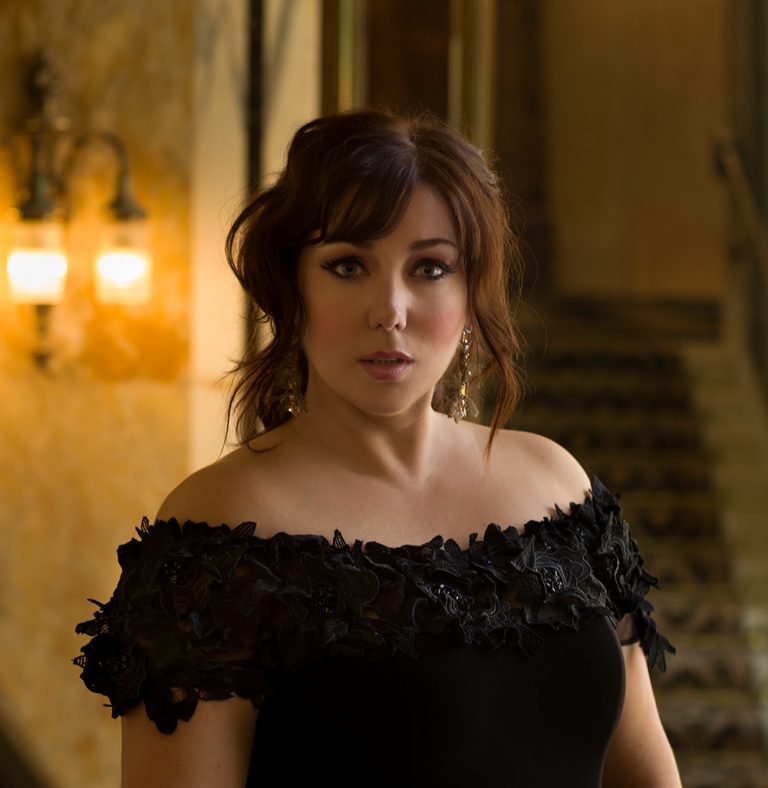 Soprano Jennifer Rowley is acclaimed worldwide for her unforgettable voice and remarkable stage presence, singing a richly varied repertoire that includes many of opera’s greatest heroines. In the 2020/21 season, Ms. Rowley adds another Verdi role to her growing list of repertoire, marking her role and house debut as Amelia Grimaldi in a new production of Verdi’s Simon Boccanegra by Andreas Homoki at Opernhaus Zürich. The opening night performance will be streamed live from Zürich, and this production will be captured for a future DVD release.

Ms. Rowley sings her signature role of Tosca for two greatly anticipated house debuts, first at Opéra de Marseille and then at The Dallas Opera. Additionally, she’ll return to Opéra national de Paris as the title role of Verdi’s Aida, in a new production by Dutch director Lotte de Beer.

In the 2019/20 season, Ms. Rowley made her house and role debuts at the National Theatre Prague as Amelia in Verdi’s Un ballo in maschera, and at the Gran Teatre del Liceu in Barcelona as the title role of Aida. Of her Aida, Platea Magazine praised her “phrasing, breath management, expressive force in the high notes and subtlety at important moments,” calling them “her best weapons.” In Prague, her portrayal of Amelia garnered critical acclaim from KlassikaPlus.Cz, saying she gave the role “a romantic expression with a great personal touch in both voice and acting, with vocal certainty,” and that Rowley is “undeniably a dramatic artist.”

On the concert stage, Jennifer returned to Fort Worth Opera for a concert with pianist Joe Illick, joined by New York City Opera baritone Raymond Diaz. She sang a recital with Opera Naples, part of their “Opera Stars Concert” series; she returned to the Salisbury Symphony as the featured artist in their “Opera Fireworks” Gala Concert, and she also performed in concert for Toledo Opera.

An avid mentor to young artists, Jennifer led her first Virtual Artist Residency with Fort Worth Opera, where she held weekly themed Zoom masterclasses, engaging lectures, and casual Instagram Live chats with other singers, directors, coaches, and opera industry professionals. The success of that series led her to create an exclusive, six-week Virtual Audition Intensive with FWO to help singers navigate the new normal in the world of online auditioning. Additionally, Ms. Rowley returns to Baldwin Wallace University for her third Artist in Residency, where she will teach BW students in masterclasses and lessons and present a solo recital. Last season, she led masterclasses at SUNY Potsdam, Bowling Green State University, and the University of Miami, and she taught on the voice faculty at the International Summer Opera Festival of Morelia.

The following performances were unfortunately canceled due to the global pandemic: the title role of Tosca and Musetta in La Bohème at the Metropolitan Opera; her house and role debut at Opera Australia as Elizabeth I in Donizetti’s Roberto Devereux; Aida at Toledo Opera; and Beethoven’s Missa solemnis with the Philadelphia Orchestra in Philadelphia and at Carnegie Hall.

In the 2018/19 season, Ms. Rowley returned to The Metropolitan Opera for the title role in Puccini’s Tosca and her debut as Cilea’s Adriana Lecouvreur. Operawire celebrated her spectacular performance as Adriana Lecouvreur, which featured, “… a seemingly endless vocal line supporting by virtuosic breath support.” The season also marked her first appearance with the Maggio Musicale Fiorentino, singing Leonora in a new production of Verdi’s Il trovatore, and she later returned as the soprano soloist in Mahler’s Symphony No. 8, both under the direction of Fabio Luisi. Jennifer served as the 2018/19 Artist-in-Residence at Baldwin Wallace University, where she taught masterclasses and lessons and presented a recital. She concluded her season with her return to the Semperoper Dresden for her first performances as Valentine in a premiere staging of Meyerbeer’s Les Huguenots.

In the 2017/18 season, Ms. Rowley returned to The Metropolitan Opera in their new production of Tosca where she presented a “magnificent” (ZealNYC) portrayal of the tragic diva. She later starred as Leonora in Il trovatore on the Met stage, celebrated as “glorious, showing the listener the range her instrument truly possesses” (Operawire). She then made her debut with the Philadelphia Orchestra in a concert version of Tosca with Yannick Nézet-Séguin. Earlier in the season she performed the role with Nashville Opera. She began the summer with her Opéra National de Paris debut as Leonora in Il trovatore: “… an acclaimed debut on the Opéra Bastille stage … the singer’s youthful tone, her brilliant sound and her ability to emit beautiful spun lines which are marvelous … she seems perfectly at ease” (Forum Opéra). Hailed as a “force of nature from beginning to end” (Operawire) and “spectacular” (Wall Street Journal) in her portrayal, Jennifer ended the season with her debut in the title role of Simon Mayr’s rarely performed bel canto opera Medea in Corinto at Will Crutchfield’s newly-formed summer festival, Teatro Nuovo.

Jennifer Rowley’s triumphant Metropolitan Opera role debut as Roxane in Alfano’s Cyrano de Bergerac (2017) inspired universal critical praise, with The New York Times raving that this was a “break-through moment,” further adding that for the heartbreaking final scene, “Ms. Rowley sang with an intensity of expression and a subtly embittered sound that suggested a singer for enormous gift and promise.” The New York Classical Review echoed these statements, also calling this “a break out night for Ms. Rowley.” Operawire called her Roxane “the heart of the production,” The Observer said she is “a superb artist,” while ConcertoNet called her Roxane “a revelation.” Ms. Rowley previously made her Met stage debut in a sparkling portrayal of Musetta in La Bohème.

In recent seasons, Ms. Rowley sang a trio of European performances as Leonora in Il trovatore at Opéra de Lille, Théâtre de Caen in France, and the Grand Théâtre de Luxembourg, as well as Tove in Schönberg’s Gurre-Lieder with the Orquestra Sinfônica do Estado de São Paulo (OSESP). Additional engagements included debuts as Musetta in La Bohème at the Royal Opera House, Covent Garden; Leonora in Il trovatore at the West Australian Opera in Perth; and the title role of Tosca at the Semperoper Dresden. Other notable successes include the title role of Tosca with New Orleans Opera and her title role debut in Barber’s Vanessa with Toledo Opera.

Her swift ascent to stardom began when she burst onto the international scene as a last-minute replacement in the title role of Donizetti’s Maria di Rohan at the Caramoor Music Festival. Of the performance, given with just one day’s notice and a single rehearsal, The New York Times stated: “Throughout, she sang with a fluid, darkly rich voice and expressively conveyed Maria’s anguish” and Opera News noted that she “emerge[d] not just unscathed, but a real star…” She followed that performance with critically acclaimed successes at the Norwegian National Opera as Musetta (released on DVD) and at Finland’s Savonlinna Festival as Donna Anna in Don Giovanni.

Jennifer made her Carnegie Hall debut singing Verdi’s Messa da Requiem with the St. Cecilia Chorus and Orchestra, followed by acclaimed performances at New York City Opera as Orasia in Telemann’s Orpheus and the Savonlinna Opera Festival as Violetta in La traviata. She was a featured guest soloist on the 10th Anniversary Gala with Opera Hong Kong and made her much-lauded debut at the Spoleto Festival USA, setting the festival ablaze with an impressive double bill performing Anna in Puccini’s Le Villi and Carmela in Giordano’s Mese mariano.

Ms. Rowley made her professional debut in Cleveland Opera’s production of Mozart’s Die Zauberflöte, conducted by Anton Coppola. As a young artist, she worked with the Scuola dell’Opera Italiana at the Teatro Comunale di Bologna where she made her first main stage appearance as Magda in Puccini’s La rondine, as well as performances with The Opera Theatre of St. Louis, the Caramoor Music Festival, Brevard Music Center, the Instituto Superior del Arte of the Teatro Colón, and regionally at Michigan Opera Theatre.

Jennifer holds a Master of Music degree from Indiana University’s Jacobs School of Music and a Bachelor of Music degree from Baldwin Wallace College Conservatory of Music. She holds a Certificate of Performance Achievement from the Instituto Superior del Arte of the Teatro Colón and was a Max Kade Scholar at Middlebury College’s German for Singers Program. Ms. Rowley serves as an advisory board member for Classical Singer Magazine.

She Loves Me (Musical)

From the writers who brought you Fiddler on the Roof, it’s the story that inspired “You’ve Got Mail!” 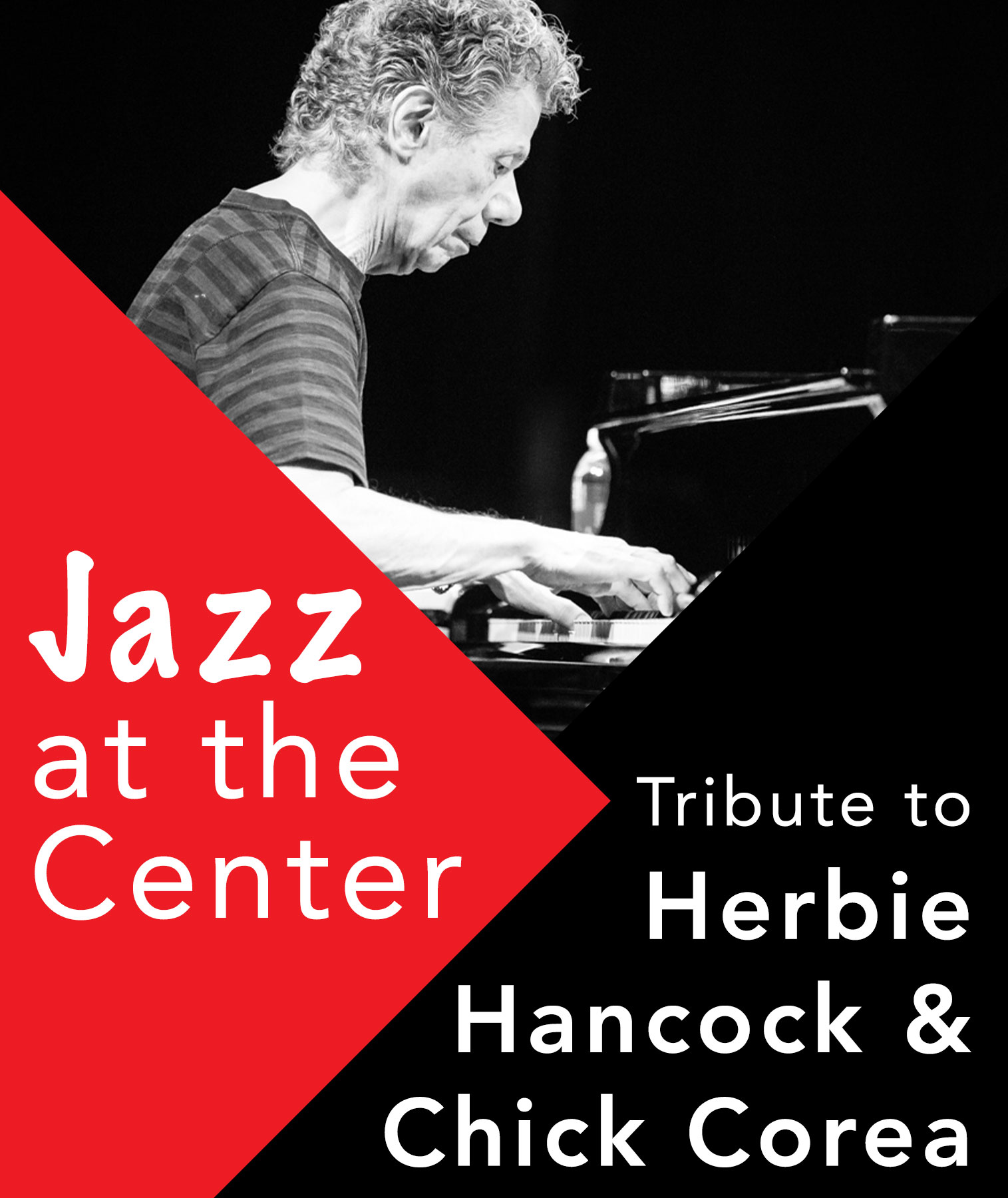