Although he began playing the trumpet in his teens, Nat Adderley switched in 1950 to the somewhat smaller cornet, playing it in the U.S. Army band led by his brother. After a year with Lionel Hampton’s big band (1954–55), he played in Cannonball’s first quintet (1956–57), then toured widely with J.J. Johnson’s group and the Woody Herman band. Formed at the height of the popularity of hard bop (which evolved from and incorporated elements of gospel music and rhythm and blues), Cannonball’s second quintet, the Cannonball Adderley Quintet, was a success from the beginning. It highlighted and contrasted Nat’s warm, lyric improvising with his brother’s flaring alto saxophone solos. Meanwhile, Nat introduced his best-known tune, “Work Song,” on one of his own albums in 1960; the song soon became a standard. Nat’s blues-drenched songs, such as “Jive Samba” and “Sermonette,” also became hits for Cannonball’s group. The brothers collaborated on a musical about John Henry, the mythical African American railroad man; it was originally recorded as Big Man (1975) and staged as Shout Up a Morning (1986).


After Cannonball’s death in 1975, Nat temporarily retired, but from 1976 he led his own groups, which usually included a Cannonball-styled altoist. A favorite of audiences, in part for his good-humored presentation, and of fellow musicians, Nat played on nearly 100 albums as a leader and sideman. Diabetes led in 1997 to the amputation of a leg, which effectively ended his career.

Cannonball Adderley, byname of Julian Edwin Adderley, (born September 15, 1928, Tampa, Florida, U.S.—died August 8, 1975, Gary, Indiana), one of the most prominent and popular American jazz musicians of the 1950s and ’60s whose exuberant music was firmly in the bop school but which also employed the melodic sense of traditional jazz. A multi-instrumentalist, Adderley is best-known for his work on alto saxophone and for his recordings with Miles Davis and with his own small groups.


The son of a jazz cornetist, Adderley had directed a high school band in Fort Lauderdale, Florida, studied at the U.S. Navy School of Music, and led two army bands before moving to New York City in the mid-1950s. In the summer of 1955, Adderley attracted attention within New York jazz circles, garnering rave reviews for his performances with bassist Oscar Pettiford at the Café Bohemia. He soon thereafter formed a quintet with his brother Nat, a noted cornetist, that met with little success—although recordings made by the group received considerable praise years later. In 1957 Adderley embarked upon an 18-month stint with trumpeter Miles Davis, which proved to be one of the most fertile and creative periods in the careers of both men. Playing in Davis’s sextet alongside saxophone legend John Coltrane, Adderley favored a busy style that contrasted well with Davis’s spare understatement. Adderley was prominently featured on Davis’s albums Milestones (1958) and Kind of Blue (1959), both considered benchmarks of 1950s hard bop and modal jazz. Also significant was Somethin’ Else (1958), a classic album released under Adderley’s own name on which Davis was a guest player. In 1959 Adderley again joined with brother Nat to form a quintet, this time successfully, and he continued to lead popular small groups for the remainder of his career.


Adderley was first acclaimed as a stylistic heir to Charlie Parker, although the more traditional Benny Carter’s rhythm-and-blues phrasing also inspired his music. Although his music was not regarded as particularly groundbreaking, Adderley was an extremely gifted musician technically, known for an improvisational style that featured restless, highly decorated, often florid lines; emphatic blues harmonies; and a full, rich tone. As jazz became more atonally obtuse and rhythmically complex during the 1960s, Adderley’s straightforward approach helped keep jazz popular with mainstream audiences. His was “happy music, and none the worse for that,” according to one critic.


Adderley’s quintet (which was occasionally expanded to a sextet with the addition of another saxophone) released popular recordings such as “This Here” (also called “Dis Here”), “Work Song,” “Jive Samba,” and “Mercy, Mercy, Mercy.” A kind and generous man who nurtured and promoted several young musicians, Adderley was also a forceful and articulate spokesman, serving on several university and government committees for the advancement of jazz.

Jazz pianist STU SHELTON has been a resident of Southwest Florida since 1989 and has entertained thousands of people in the area. He prides himself on the ability to play left-handed acoustic bass sound, while at the same time playing right-handed piano with an unparalleled musical fluency that absolutely speaks for itself. STU SHELTON is well known among those who enjoy genuine jazz and has a devoted following of fans who enjoy his performances at venues throughout the area.

Jazz trumpeter Dan Miller, grew up in the vibrant musical scene of Chicago during the 1980’s. He attended the University of North Texas and moved to New York City in 1991. He has studied with Don Jacoby, Bobby Shew, John Haynie, Ed Treutel, Brad Goode, Nick Drozdoff and Barry Harris. He spent eleven years (1990 – 2000) as a member of the Harry Connick Jr. Orchestra, traveling the world and recording numerous albums and television specials. Dan also toured internationally and recorded with Wynton Marsalis, Maynard Ferguson, Tom Jones and Woody Herman. He has also performed with: The Lincoln Center Jazz Orchestra, The Lionel Hampton Orchestra, The Duke Ellington Orchestra, Curtis Fuller, Branford Marsalis, Randy Brecker, Frank Foster, Jon Hendricks, George Coleman, Charles McPherson, Benny Golson, Jimmy Heath, Tom Harrell, David “Fathead” Newman, Ira Sullivan, Bobby Shew and Jack McDuff. Since 2005, he has split his time between NYC and Florida. He is currently a member of the Naples Philharmonic Jazz Orchestra and the musical director of the Naples Philharmonic Youth Jazz Orchestra. Dan is a Yamaha Clinician and Performing Artist and works with college bands, high school bands and private students nationwide. He is an Artist-in-Residence and Jazz Trumpet Instructor for the University of Central Florida’s School of Performing Arts in Orlando. For more on Dan Miller, visit www.danmillerjazz.com

Gerald Augustin, born and raised in Fort Myers Florida, started playing saxophone professionally at the age of 16. Having studied Jazz Performance at Florida International University (FIU), Gerald has had the opportunity of spreading his love for music in major cities such as Miami, Los Angeles, and New Orleans. In 2009 Gerald performed at Carnegie Hall with The National Collegiate Wind Ensemble. In 2014 Gerald toured the Baltic Sea on The Norwegian Star performing with various guest artist from around the globe. Gerald has spent the past 13 years performing for weddings, corporate parties, and country clubs in Naples, and Marco Island Florida. Some of Gerald’s musical influences include Charlie Parker, John Coltrane, Ben Webster, Miles Davis, Grover Washington Jr, David Sanborn, etc…Gerald has performed with artist such as Wycliff Gordon, Jason Marsalis, Bobby Watson, Barbra Morrison, Curtis Lundy, Leroy Jones, Nestor Torres, just to name a few.

Summer Camp II: Once on This Island, Jr 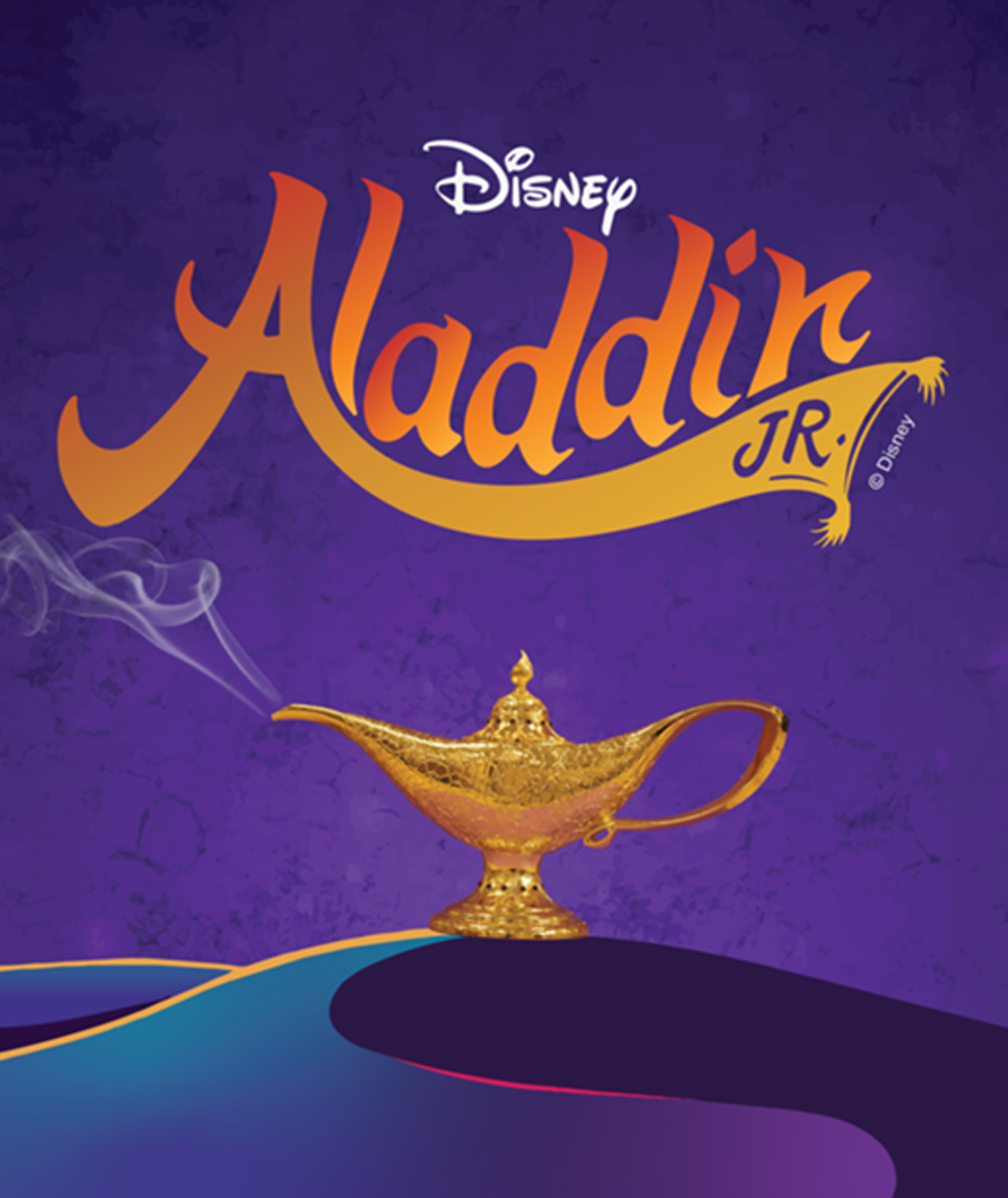