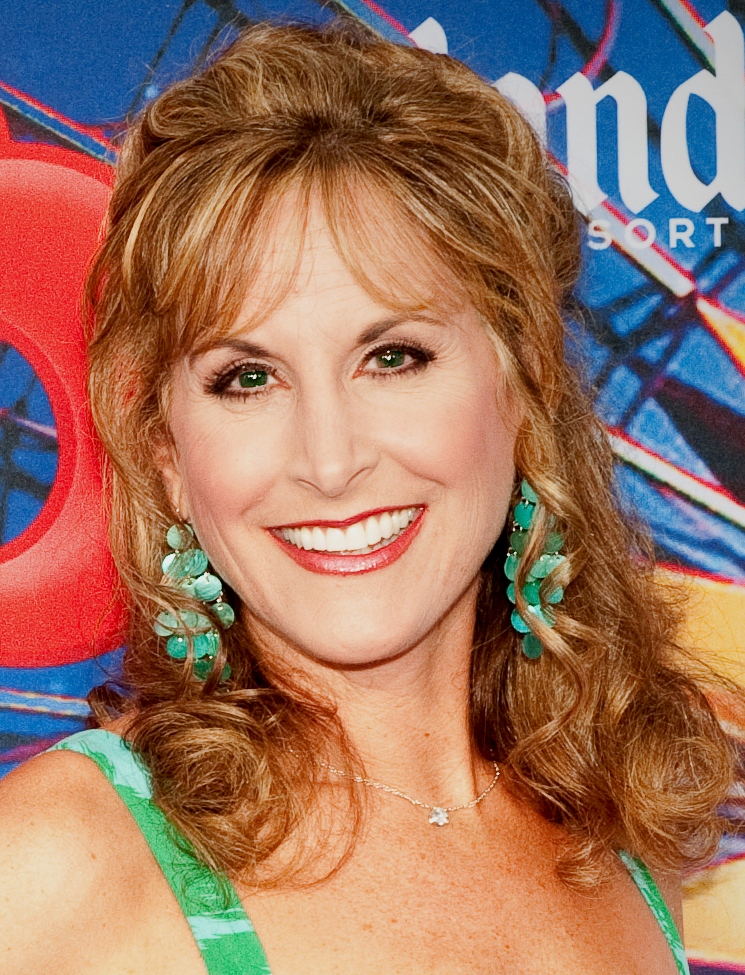 JODI BENSON is honored and blessed to be a recipient of The Disney Legends Award having served the company for over 27 amazing years. Ms. Benson has received worldwide recognition and critical acclaim as the beloved, original voice of Ariel in the Academy Award®- winning Walt Disney Pictures animated feature film “The Little Mermaid,” and continues to bring life to Ariel as well as the bubbly voice of “Barbie” in Disney/Pixar’s Best Picture Golden Globe winner “Toy Story 2” and Academy Award winner “Toy Story 3.” She also gave voice to the spirited “Weebo” in Disney’s live action “Flubber,” starring Robin Williams. For Warner Bros.,she created the vibrant voice of “Thumbelina,” a Don Bluth animated feature with songs by Barry Manilow. Jodi’s other projects include “Tinkerbell: Secret of the Wings”, “The Little Mermaid: Ariel’s Beginning,” “The Little Mermaid 2: Return to the Sea,” “Lady and the Tramp II: Scamp’s Adventure(voice of Lady),” “101 Dalmatians II” Patch’s London Adventure(Anita),” “Balto: Wolf Quest(Jenna),” and “Balto III: Wings of Change.” She appeared as Patrick Dempsey’s assistant Sam, in Disney’s live-action feature film “Enchanted”– –as a real person with legs!

Benson received nominations for the Tony® Award and Helen Hayes Award for Best Actress in a Musical for creating the starring role of Polly Baker in the Tony Award-winning George and Ira Gershwin musical “Crazy For You.” Other Broadway credits include creating the starring role of Doria Hudson in the Howard Ashman-Marvin Hamlisch musical “Smile,” Betty Bursteter in Cy Coleman’s “Welcome to the Club” and Virginia in Kenny Ortega’s “Marilyn: An American Musical.” Internationally, Benson has had the honor of sharing the stage with her husband, Ray Benson, in the European premiere of the Gershwins’ “My One and Only” starring as Miss Edythe Herbert. In Los Angeles, Benson starred as Bunny in the critically acclaimed Reprise/UCLA production of “Babes in Arms,” Nellie Forbush in “South Pacific” (Pasadena Civic), Flora in “Flora the Red Menace” (Pasadena Playhouse), Ado Annie in “Oklahoma!” (Dorothy Chandler Pavilion), Eliza Doolittle in “My Fair Lady (Alex Theater) and as Florence Vassey in “Chess” (Long Beach Civic Light Opera) for which she won the Drama-Logue Award for Best Actress.

Benson can be heard on over a dozen recordings and has a 6-part DVD series entitled “Baby Faith” from the creators of “Baby Einstein.” Her animated TV series include the hit Emmy Award winning “Camp Lazlo” for the Cartoon Network, “The Little Mermaid,” “Batman Beyond,” “The Grim Adventures of Billy and Mandy,” “The Wild Thornberrys,” “Barbie,” “Hercules: Zero to Hero”,“P.J. Sparkles,” and the new series “Sofia The First” for Disney as well as many others.

On the concert stage, Benson has performed as a concert soloist with symphonies all over the world, including The Boston Pops, The Philly Pops(conductor: Peter Nero), The Hollywood Bowl Orchestra(conductor: John Mauceri), The National Symphony (conductor: Marvin Hamlisch), Cleveland, Dallas, Tokyo, San Francisco and Chicago Symphonies, to name a few. She starred in the Kennedy Center Honors for Ginger Rogers, and in “Disney’s Premiere in Central Park with Pocahontas,” “The Walt Disney World 25th Anniversary Spectacular” and “Disney’s 100 Years of Magic.” Benson is honored to be the resident guest soloist for the Walt Disney Company/Disney Cruise Line and ambassador for feature animation. 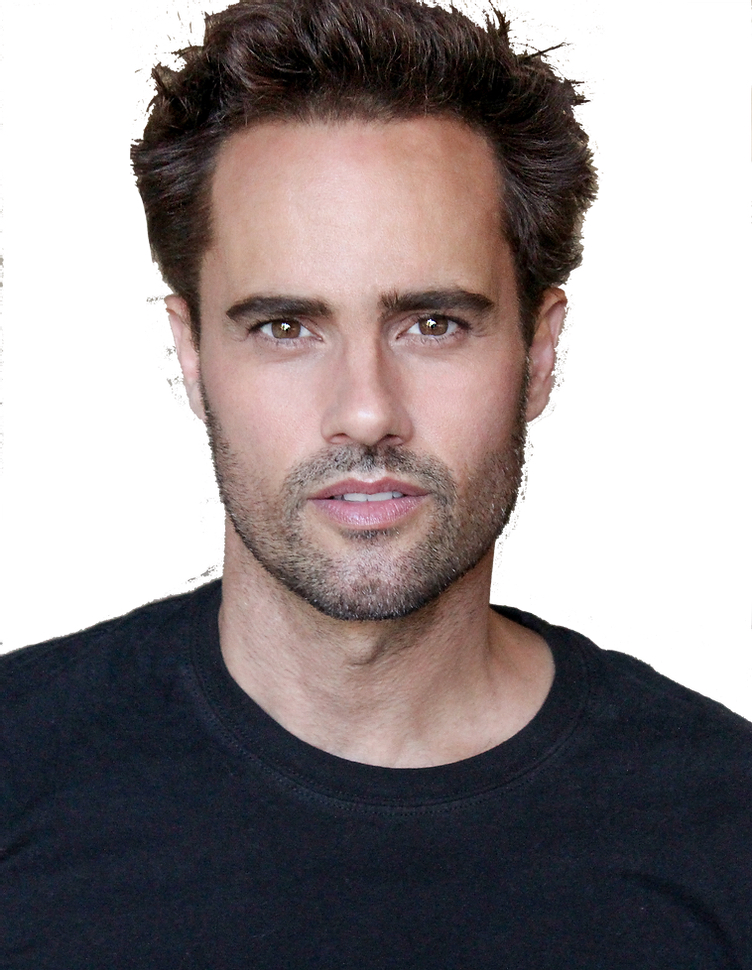 David Burnham was last seen on Broadway in the mega-hit musical, “Wicked”, playing Fiyero, a role that he originated in the developmental workshops of the show. He is an original Broadway cast member of the musical “The Light In The Piazza”, performing both on the Tony Awards and the PBS telecast “Live From Lincoln Center.” He is the recipient of the prestigious “Helen Hayes Award” for Best Actor as well as the Best Actor “Garland Award” for his portrayal of Fabrizio in the national tour of “The Light In The Piazza.” David first gained critical acclaim when, after a two year search, he was chosen to replace Donny Osmond as Joseph in the national tour of “Joseph And The Amazing Technicolor Dreamcoat” (Dramalogue Award). He toured nationally in another Andrew Lloyd Webber blockbuster playing Peter in “Jesus Christ Superstar.” Also in NYC he was in the original cast of the Off-Broadway show “The Best Is Yet to Come – The Music Of Cy Coleman” directed by David Zippel, and in Las Vegas, he starred in the the original cast of “Showstoppers” at the Wynn Resort.

Other favorite theater roles include Quasimoto in “The Hunchback Of Notre Dame”, Joe Gillis in “Sunset Blvd”, Prince Eric in “The Little Mermaid”,  Baron Felix in “Grand Hotel”, Cain in “Children of Eden”, Nanki Poo in “The Hot Mikado”, Billy in “Letters From ‘Nam”, Jason in “Ordinary Days”, Charlie in “Peggy Sue Got Married”, and The Actor in “The Woman In Black”.

On film he was the voice of the Prince in the Warner Bros. animated feature “The King And I,” and can be heard on the soundtracks to “Ghepetto,” Disney’s “Home On The Range” and Comedy Central’s “South Park”. David performs with symphonies all over the country and his solo concert has been seen in the United States, Canada, and Europe. He has recorded two solo albums, his self-titled CD and “One Day.”  As a writer, David’s musical “Happy 50ish”,co-written with Mark Vogel and Lynn Shore, ran off-Broadway and is performed regionally around the country. He currently has two other musicals in development. David works extensively with kids through vocal and acting workshops and hosts a summer program for young artists called “Camp Sing”. 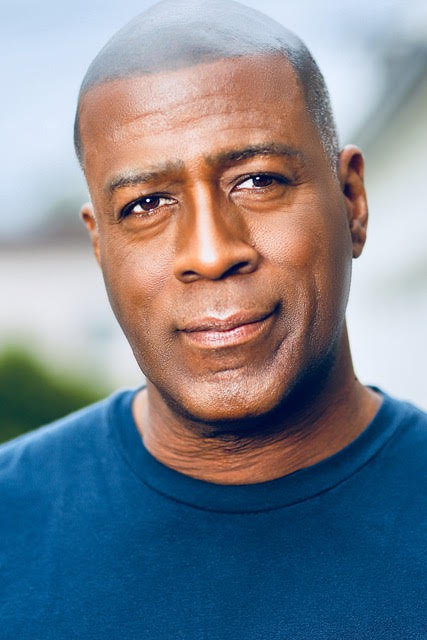 Marc Cedric Smith is thrilled to return to the Gulf Coast Symphony for this special Disney concert with Jodi Benson and David Burnham. Audiences may remember him as JOE in GCS’s staged production of Show Boat directed by Max Quinlan. Marc can currently be seen on the Disney Channel’s BUNK’D (Season 5, Episode 6), as Mr. Crumbwell.
Theatre credits include SHOW BOAT, RAGTIME, SECRET GARDEN, LION KING, ALADDIN, AIDA, MUSIC MAN, PHANTOM, TARZAN, FROZEN and THE LITTLE MERMAID. Marc notes, “…it’s been a whole year since I’ve sung or performed in public, so I am extremely grateful to Maestro Andrew Kurtz and the Gulf Coast Symphony for keeping the performances going and this great opportunity! Stay safe and well, Everyone!!! 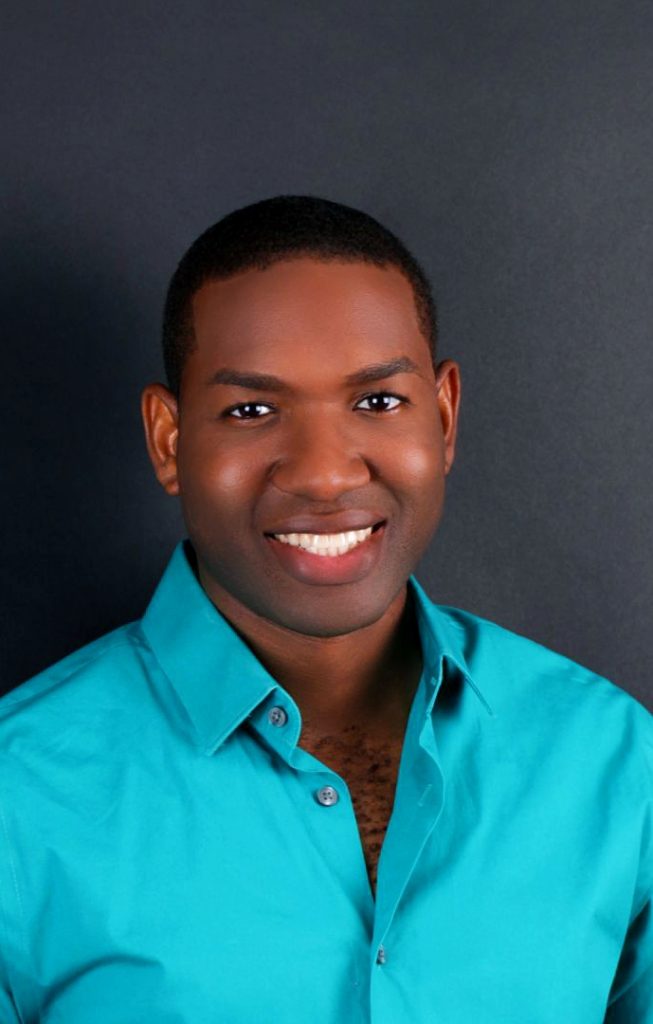 James White III is a lyric tenor from Boynton Beach, Florida. He has earned both a BM in Vocal Performance and BM in Commercial Music Business from Florida Atlantic University. In 2010 he became an Artist in Residence with the Bak Middle School of the Arts. In 2011 he won 1st place in the NATS Advanced Men’s Competition. He has done 5 seasons singing with the Florida Grand Opera and the Palm Beach Opera. He has participated in young artist programs nationally and internationally. In 2012 he attended OperaMaya in Mexico. In 2013 he attended Music in the Marche in Italy and the Sherrill Milnes VOICE studio in Savannah, Georgia. In 2014 he was a performer for the Muse Awards hosted by the Cultural Council of Palm Beach. He made his debut as Don Carlos in Rameau’s opera Les Indes Galantes in the Amherst Early Music Festival. He was a finalist of the 2016 Classical Singer Competition in the Musical Theatre Emerging Artist division. In 2017 he made his Musical Theatre debut as Curtis in Dreamgirls with Marquee Theatre Company. He made his debut in the title roles of Benny in the Production of In the Heights with Miami Acting Company, Mitch Mahoney in Spelling Bee with Entr’acte Theatrix, Phantom in Phantom of the Opera, Marius in Les Miserable with CurtainCall and Marty in Dreamgirls with StageDoor Theatre Company. In 2018 he created the role of Tuttle in the world premiere of The Luck of Roaring Camp with the Palm Beach Atlantic Theatre Department. In 2019 he made his debut as Mingo in the Production of Porgy and Bess with South Florida Symphony. He also made his Cincinnati Opera debut in the production of Porgy and Bess. He has also created the James White III Scholarship for Performing Arts for high school seniors. 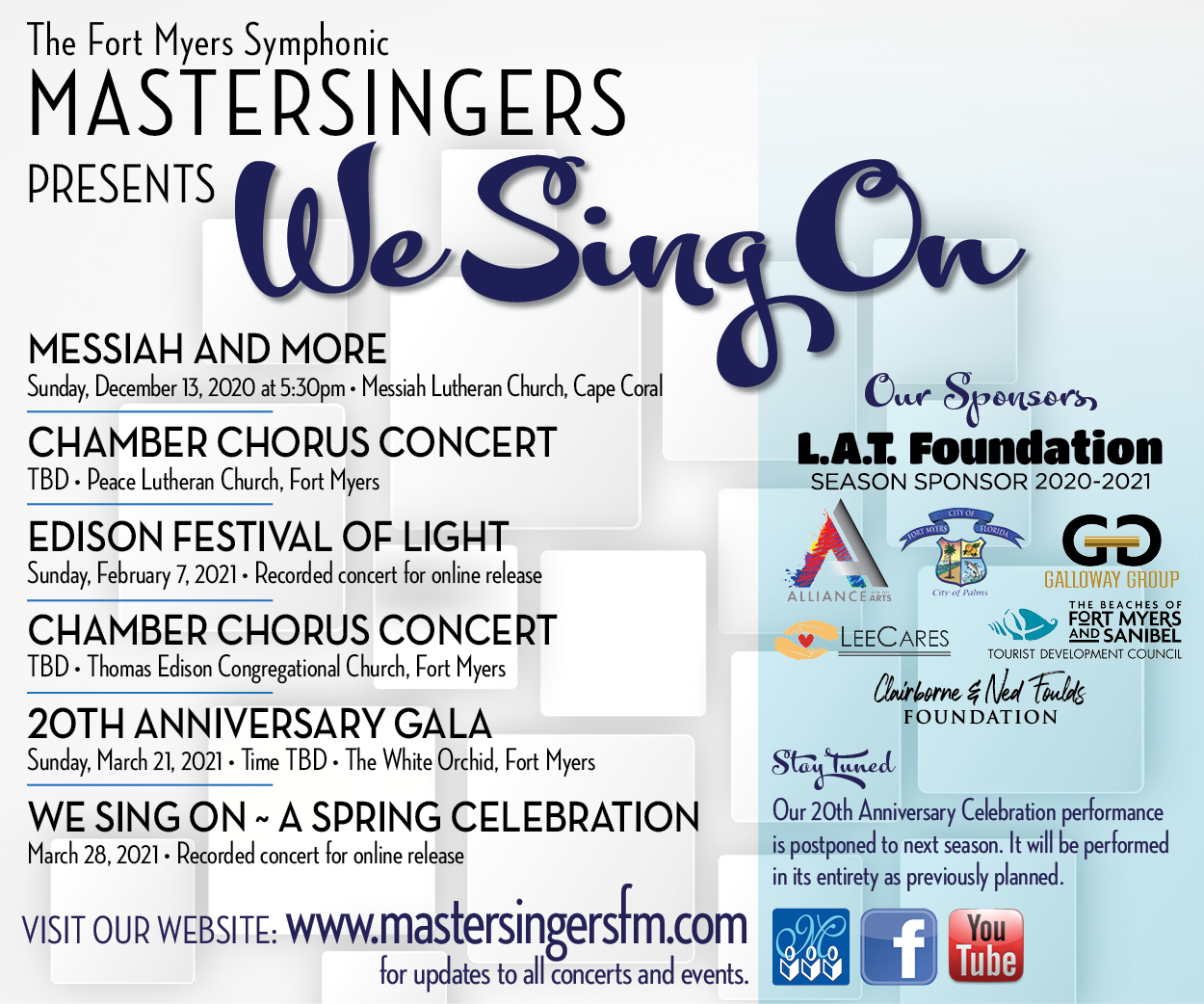 She Loves Me (Musical)

From the writers who brought you Fiddler on the Roof, it’s the story that inspired “You’ve Got Mail!”

A new program of classical music with dance.

Songs for a New World

Jason Robert’s Brown abstract musical about the moment of decision. 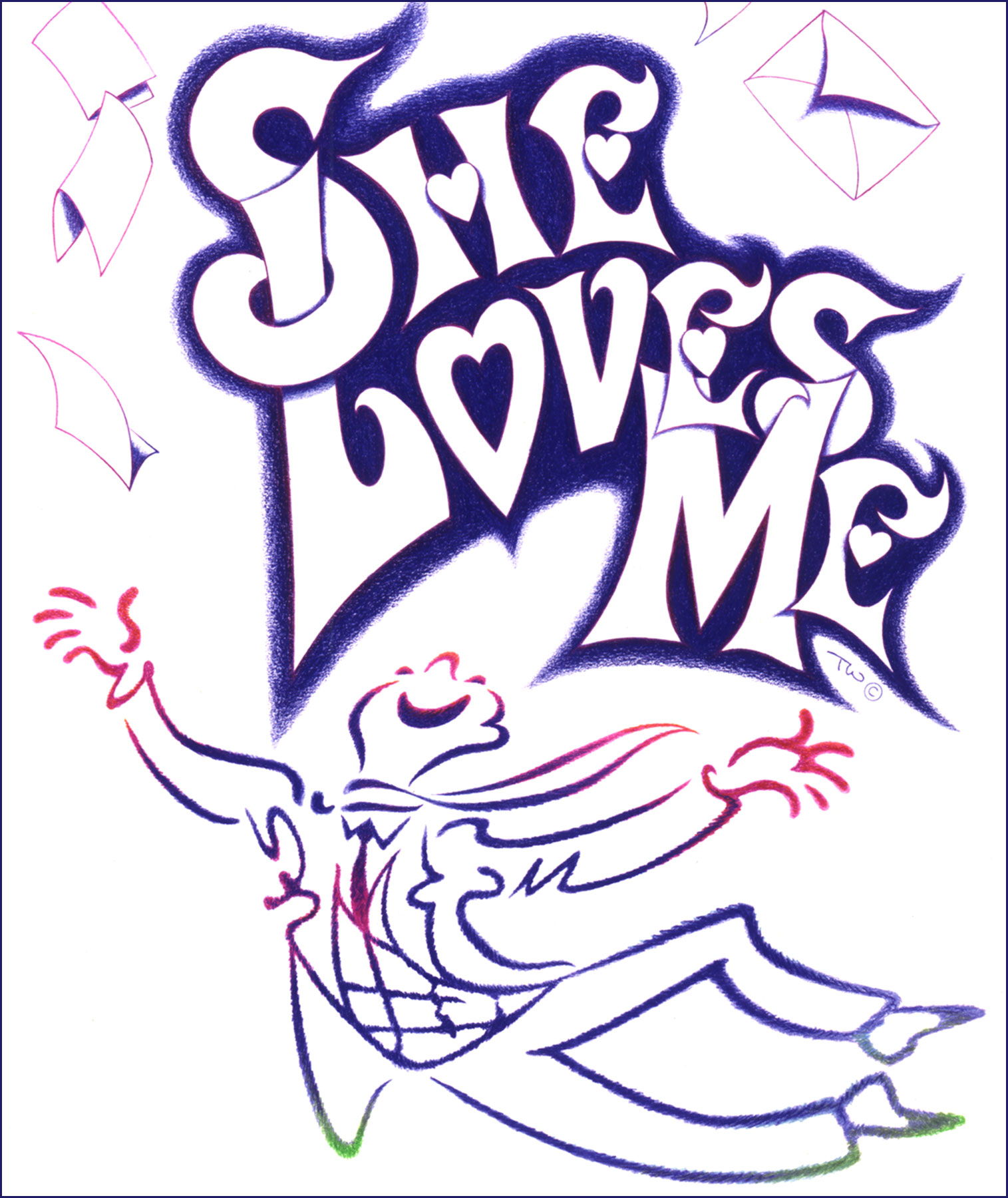